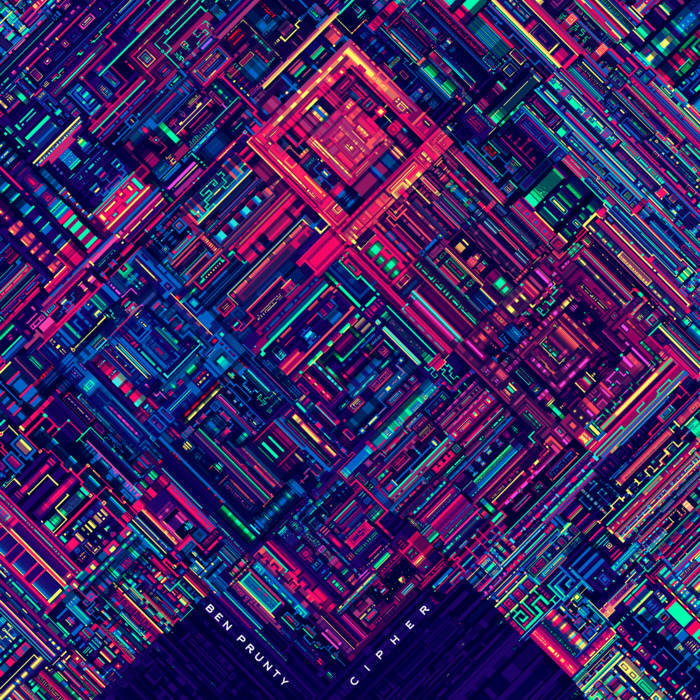 Kinami Takeshi The perfect soulless background music. I can concentrate for hours with this playing. Favorite track: Closing the Exchange.

Bardo Morales When it comes to some calming cinematic electronica Ben Prunty is the sweetest and most meticulous.
more...

Written over the course of 3 months in late 2015, Cipher is my largest collection of music yet, made for the documentary Banking on Bitcoin. Like the film, the music is inspired by the themes of technology, encryption, infrastructure, economics, and the people who struggle to make all these things work together.

Rather than my usual method of making musical themes and then weaving them into a whole soundtrack, I instead wanted to make the film's score sound like a cool, stylish collection of electronic music. Though the style is fairly consistent throughout, each track started from a new idea, unrelated to the others.

Because of the nature of the music, you can consider it an epic follow-up to what I started with Color Sky: deep, rhythmic electronica that's good for things like studying, working, or long periods of transit.

The gorgeous cover art was made by the amazing Sylvia Ritter: sylvia-ritter.com. You can buy prints of this and other great things she's made from that site.

Music guy for FTL, The Darkside Detective, Into the Breach, Subnautica: Below Zero and others. I did not work on Subnautica 1. Polyamorous, cat dad, ADHD. He/Him.

Bandcamp Daily  your guide to the world of Bandcamp